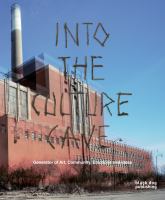 For 17 days in June 2016 the Luminato Festival transformed the Hearn Generating Station in the Port Lands in Toronto into the largest temporary cultural and community center in the world.
The Hearn Generating Station is three times the size of Tate Modern and fits the Statue of Liberty in it upright. It was decommissioned in 1983 and apart from serving as a location for movie shoots, such as Robocop and Pacific Rim , has been closed to the public. Around 100,000 people visited the Hearn Generating Station and experienced large-scale exhibitions, theater performances, classical, pop, electro concerts, club events, talks, parkour workout sessions, drag queen shows, a high end French bistro run by Canada's top chefs in the former control room and no walls.

Luminato Festival's residency at the Hearn was inspired by three ideas:

Jane Jacob's dogma that "new ideas must use old buildings".

Cedric Price's and Joan Littlewood's Fun Palace--thinking about architecture in terms of process and events in time rather than objects in space.

Into the Culture Cave fully documents this remarkable Festival and the 17 days that created a live proposal for the future of this building and outlined a model for a multi-disciplinary cultural institution of the twenty-first century that is able to reflect the values of openness and diversity of the society that it is founded in. Conventional multi-disciplinary institutions like the Barbican Centre still separate in space and not in time. In the "Culture Cave" this rule is inverted. Everything happens in one huge space--inspired by the cave, the earliest form of human shelter--but is separated in time. Audiences are able to experience the entire breadth of human activity and creativity and do not have to prioritize.