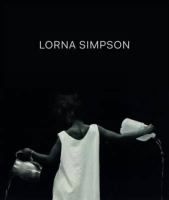 This comprehensive catalogue of Lorna Simpson's critically acclaimed 30-year body of work highlights her photo-text pieces as well as film and video installations to reveal how the artist explores identity, memory, gender, history, fantasy, and reality. Lorna Simpson is a conceptual artist who uses her camera and words to construct new worlds and deconstruct the worlds we know. This monograph opens with her earliest documentary photographs shot between 1978 and 1980, many never before exhibited, and includes her most recent works: large-scale serigraphs on felt and a work-in-progress video installation, Chess, in which Simpson herself, in a rare appearance in her work, recreates images discovered in an anonymous archival photo album. The book also features the photo-text pieces of the mid-1980s that first brought Simpson critical attention; stills from moving picture installations such as Interior/Exterior, Call Waiting, The Institute, and Momentum; and drawings related to her film and video work. Throughout the volume, Simpson's questioning of memory and representation is evident, whether in her moving juxtaposition of text and image, in her pairings of staged self-images with their sources in found photographs, or in her haunting video projection Cloudscape and its echo in the felt work Cloud.

Readers interested in conceptual artist Lorna Simpson (b. 1960) are fortunate that several excellent books have explored her work. In 2007, Lorna Simpson was published to accompany a mid-career retrospective organized by the American Federation of Arts and presented at the Whitney Museum. In 2002, Phaidon published a concise survey, Lorna Simpson, in its "Contemporary Artists" series. This title from Prestel is the catalog of Simpson's first European retrospective (traveling to the United States in late 2014). It includes a comprehensive look back over three decades at her photo-text pieces, film and video installation work and, notably, her most recent drawings and found-image work. Simpson is one of a generation of groundbreaking artists who, since the 1980s, have defined new ways of working in photography. Her approach departs from traditional methods of documentary photography while at the same time staying true to its goal of exploring social and political issues and, specifically for Simpson, gender, memory, experience, identity, race, and history. Verdict This title will introduce readers to Simpson, who has expanded the boundaries of her craft, found new strategies to express complex ideas, and whose work illuminates through the artist's exploration of vexing questions concerning self and other.-Michael Dashkin, New York (c) Copyright 2014. Library Journals LLC, a wholly owned subsidiary of Media Source, Inc. No redistribution permitted.

This exhibition catalogue brings some fresh analyses to Lorna Simpson's art history. Having been at the forefront of the multicultural arts movement, her work now has a long trajectory. The five essays presented here contextualize her photos, installations, videos, and films created over the last 30 years. Why and how she has maintained critical acclaim has garnered much attention recently, and this collection joins the scholarship of Huey Copeland and Lisa Collins, among others. According to these authors, Simpson--a photographer with an extensive fine arts pedigree--has been a shrewd parser of imagery and words, with narrative being a central part of her work. The stories embedded in her work reflect identity politics and contentious US histories for this African American female artist. Most of the book consists of full-page color illustrations. Written by Thomas J. Lax and Naomi Beckwith, the final two essays focus on her work from the last five years and are the most current and insightful. Summing Up: Recommended. Lower-level undergraduates through researchers/faculty; general readers. K. N. Pinder University of New Mexico