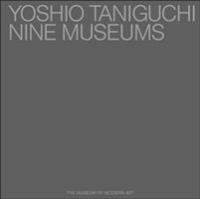 The Museum of Modern Art is now in the midst of the largest building project in its history. Designed by Yoshio Taniguchi, the new Museum will reopen in midtown Manhattan in winter 2004-05 to coincide with its 75th anniversary. The 630,000-square-foot Museum will be nearly twice the size of the former facility, offering dramatically expanded and redesigned spaces for exhibitions, public programming, educational outreach, and scholarly research. But The Museum of Modern Art is not Taniguchi's first museum, though it is his first museum in the United States. The architect has been designing museums in his native Japan since 1978. In celebration of the opening of the new MoMA building, the Museum is publishing this book about Taniguchi's museums--nine in all. They include the Tokyo National Museum, Marugami Museum of Contemporary Art, Nagano Art Museum, Ken Domon Museum of Photography, and Shiseido Art Museum. For the Higashiyama Kaii Gallery in Nagano, Taniguchi situated a display space for the works of painter Kaii Higashiyama next to a reflecting pool and garden. In the Toyota Municipal Museum of Art, built on the old castle site of Komoro City, Taniguchi expressed the history and distinct nature of the place by affording views to both the new city and the historic area. Finally, the Marugame Genichiro-Inokuma Museum of Contemporary Art, situated across from the city's railway station, was designed to include a plaza that connects the museum with the station. Taniguchi: Nine Museums will discuss the plans of each of these museums with an emphasis on The Museum of Modern Art's new building.