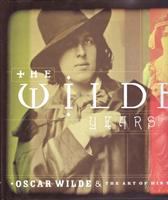 Normal view MARC view ISBD view
The Wilde years : Oscar Wilde & the art of his time / edited and with text by Tomoko Sato, Lionel Lambourne; including essays by Merlin Holland ... [and others].

; Barbican Centre for Arts and Conferences

Focusing on the last quarter of the nineteenth century, The Wilde Years features Oscar Wilde as a central, catalytic figure linking two artistic capitals, London and Paris. Wilde is presented as a multi-faceted artist, whose major achievement was language, with which he contributed to the development of artistic and cultural movements of his age. In his lifetime, Wilde was praised as a poet, writer, and, in particular, playwright, but this publication throws new light on his lesser-known work as an art critic, journalist and progressive political thinker. The book is a tribute to the man who, in his own words, 'stood in symbolic relations to the art and culture of my age.'Celebrated for his wit and flamboyant personality, Oscar Wilde was a central figure in the artistic worlds of fin-de-siecle London and Paris. He was a poet, playwright, art critic and, above all, he was known as a virtuoso 'conversationalist.' Furthermore, the extremity of his fate - imprisonment following his trials in 1895 for homosexual activities - made his name unforgettable as a 'martyr' of the time.

Published on the occasion of the exhibition "The Wilde years: Oscar Wilde & the art of his time" organised by Barbican Art Galleries, and held at the Barbican Gallery, Barbican Centre, London, 5 October 2000 - 14 January 2001.

This book is edited by Tomoko Sato , Curator at the Barbican Art Gallery, and Lionel Lambourne, former Head of Paintings at the Victoria and Albert Museum.