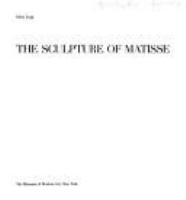 Next to Picasso, Matisse is probably the greatest and most versatile artist of modernism. His long career embraced most of the currents of postimpressionist art, in all of which he created highly personal works of remarkable beauty and subtlety.

Born in Picardie, France, Matisse came to Paris as a youth to study law, but soon began to study painting under such conventional masters as Bouguereau. Later, he moved to impressionism and fell under the influence of Cezanne; soon after, he was using pure color in the style that characterized the Fauves (The Wild Beasts), an innovative school of art whose leading master he became. Subsequently, Matisse went through an expressionist phase, during which he was much affected by African and Near Eastern art. In that period, flat decorative patterns in brilliant colors predominated in his work, such as "La Danse" and "La Musique."

In 1914, Matisse went to live on the Riviera, where he remained for the rest of his long life. Here, his great series of Odalisques occupied him until the 1930's. His last major work was the decoration of a convent chapel at Venice. Matisse was also a book illustrator of originality, a highly individual sculptor, and a creator of extraordinary paper cutouts, in which he composed pictures using pieces of brightly colored paper. Despite severe arthritis, Matisse worked until his death at the age of 85. In 1992, a major exhibition of his works was held at the Museum of Modern Art in New York City; the extraordinarily large attendance only confirmed his place as one of the greatest French painters of the twentieth century.